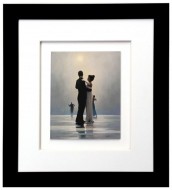 Dance Me to the End of Love 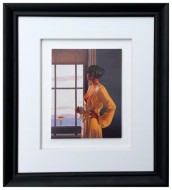 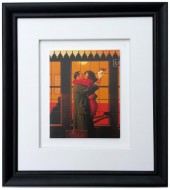 Back Where You Belong 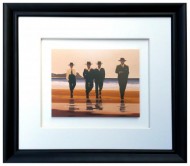 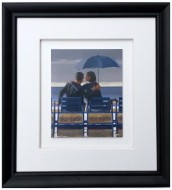 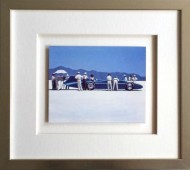 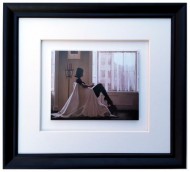 In Thoughts of You 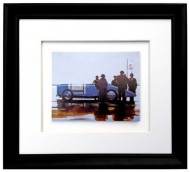 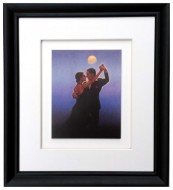 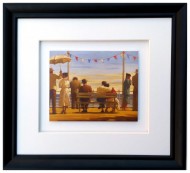 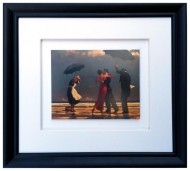 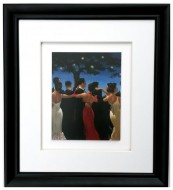 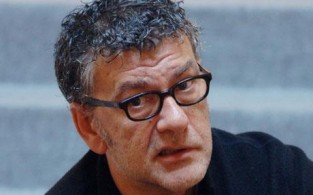 Born in Fife, Scotland in 1951, Jack Vettriano left school at sixteen to become a mining engineer. For his twenty-first birthday, a girlfriend gave him a set of watercolour paints and, from then on, he spent much of his spare time teaching himself to paint.
In 1989, he submitted two paintings to the Royal Scottish Academys annual exhibition; both were accepted and sold on the first day. The following year, an equally enthusiastic reaction greeted the three paintings, which he entered for the prestigious Summer Exhibition at Londons Royal Academy and his new life as an artist began from that point on.
Over the last twenty years, interest in Vettrianos work has grown consistently. There have been sell-out solo exhibitions in Edinburgh, London, Hong Kong and New York.
2004 was an exceptional year in Vettrianos career; his best known painting, The Singing Butler was sold at Sothebys for close to £750,000; he was awarded an OBE for Services to the Visual Arts and was the subject of a South Bank Show documentary, entitled Jack Vettriano: The Peoples Painter.
From 1994-2007, Vettriano was represented by Portland Gallery in London but the relationship ended in June 2007. In 2008, Vettriano undertook a variety of private projects, including the launch of a new book, Studio Life, and commissions to paint portraits of Sir Jackie Stewart and Zara Phillips, the latter of which was part of a charity fund-raising project for Sport Relief, the experience of which was captured in a documentary broadcast on BBC1 in March 2008.
In 2009, Vettriano was commissioned by the Yacht Club of Monaco to create a series of paintings to mark the centenary of their world famous yacht, Tuiga. The subsequent exhibition, Homage a Tuiga, premiered in Monaco as part of Classic Yacht Week in September 2009, before touring to the UK in 2010.
In 2010, an exhibition of over forty new paintings, Days of Wine & Roses, was officially opened at the Kirkcaldy Museum & Art Gallery in Fife, by First Minister, the Rt Hon Alex Salmond SNP. The exhibition then toured to London, opening at Heartbreak in September 2010.
In December 2011, Vettrianos self-portrait, The Weight, went on long-term display at the Scottish National Portrait Gallery in Edinburgh, when it re-opened after a major three-year refurbishment programme.

Vettriano divides his time between his homes in Fife, London and Nice.