Flopsy, Mopsy and Cotton-tail had Bread and Milk

Hunca Munca Has Got The Cradle 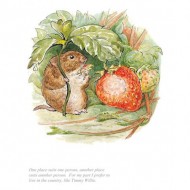 I Prefer To Live In The Country

Jemima Was Surprised To Find a Quantity Of Feathe 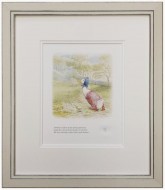 Jeremy Fisher Dropped In The Bait 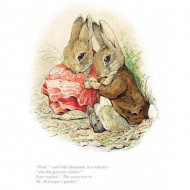 Peter, Who Has Got Your Clothes 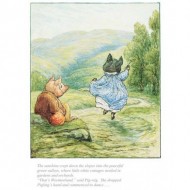 The First Thing Was To Get Peter's Clothes 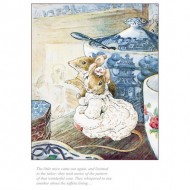 The Little Mice Came Out Again

The Neatest Sandiest Rabbit Hole Of All

Tom Kitten Was Very Fat, And Had Grown 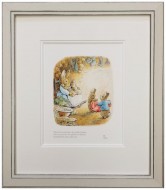 When Peter Got Home His Mother Forgave Him 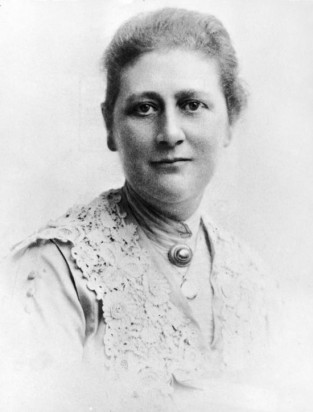 Beatrix Potter was born in London in 1866 and grew up living the conventionally sheltered life of a Victorian girl in a well-to-do household. Beatrix Potter was educated at home by a governess with her brother Bertram. Her constant companions were the pet animals she kept which she enjoyed studying and sketching. On summer holidays she delighted in exploring the countryside and learning about plants and animals from her own observations. Beatrix Potter's career as a children's illustrator and storyteller began when The Tale of Peter Rabbit was published by Frederick Warne and Co. in 1902. The public loved it as soon as it appeared and Beatrix went on to produce on average two books a year until 1910. In the early years of publishing her editor was Norman Warne and they fell in love and became engaged in 1905. Unfortunately the marriage never took place as Norman died suddenly.

The money she earned from her 'little books', as she called them, gave her financial independence and she began to purchase property in her beloved Lake District. In 1913 she married William Heelis, a Lakeland solicitor, and made Sawrey her permanent home. Writing and painting began to take second place to farming, sheep-breading and buying stretches of the beautiful Lakeland countryside to ensure their conservation. When she died in 1943 she left over 4000 acres of land and fifteen farms to the nation.