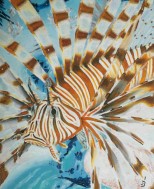 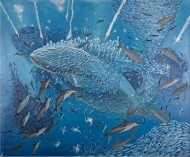 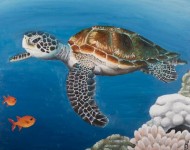 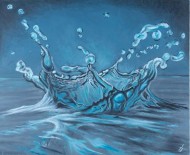 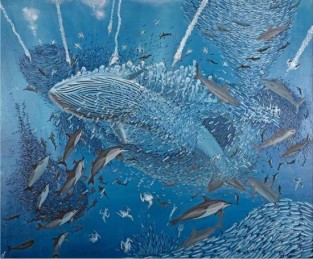 Christian was born in Reading in 1993.
It was evident from a young age that he had an aptitude for drawing and painting. Christian was diagnosed with autism at the age of three and it was noticeable that he was at his most content when doing something creative.
In 2006, aged thirteen years, Christian moved to Cheshire with his family. He won the Art and Poetry prize at Sandbach School in 2007 and quickly became known for his paintings and drawings, in subjects such as military history, mythology and marine life.
After completing A level Art Christian made the decision to become a full time artist. At this time, Cheshire Arts for Health (a local charitable organisation) were advertising a small studio space for rent.
In February 2016 Christian moved into his first studio, is now a self-employed artist and has subsequently become the charitys artist in residence and a trustee.

'As you can see from my work I have a great affinity for marine life. From an early age I have always found the colours, shapes and phenomena of the underwater world fascinating and have tried to immerse myself as much as possible. I am even training as a member of the British Sub Aqua Club.
My aspirations for the future are to continue to produce bodies of work around a theme; explore new methods and ideas as I develop; and to secure exhibition spaces around the UK and further afield.'